Home Spirituality Yoga Yoga Mudras – Types, Benefits and How to Do 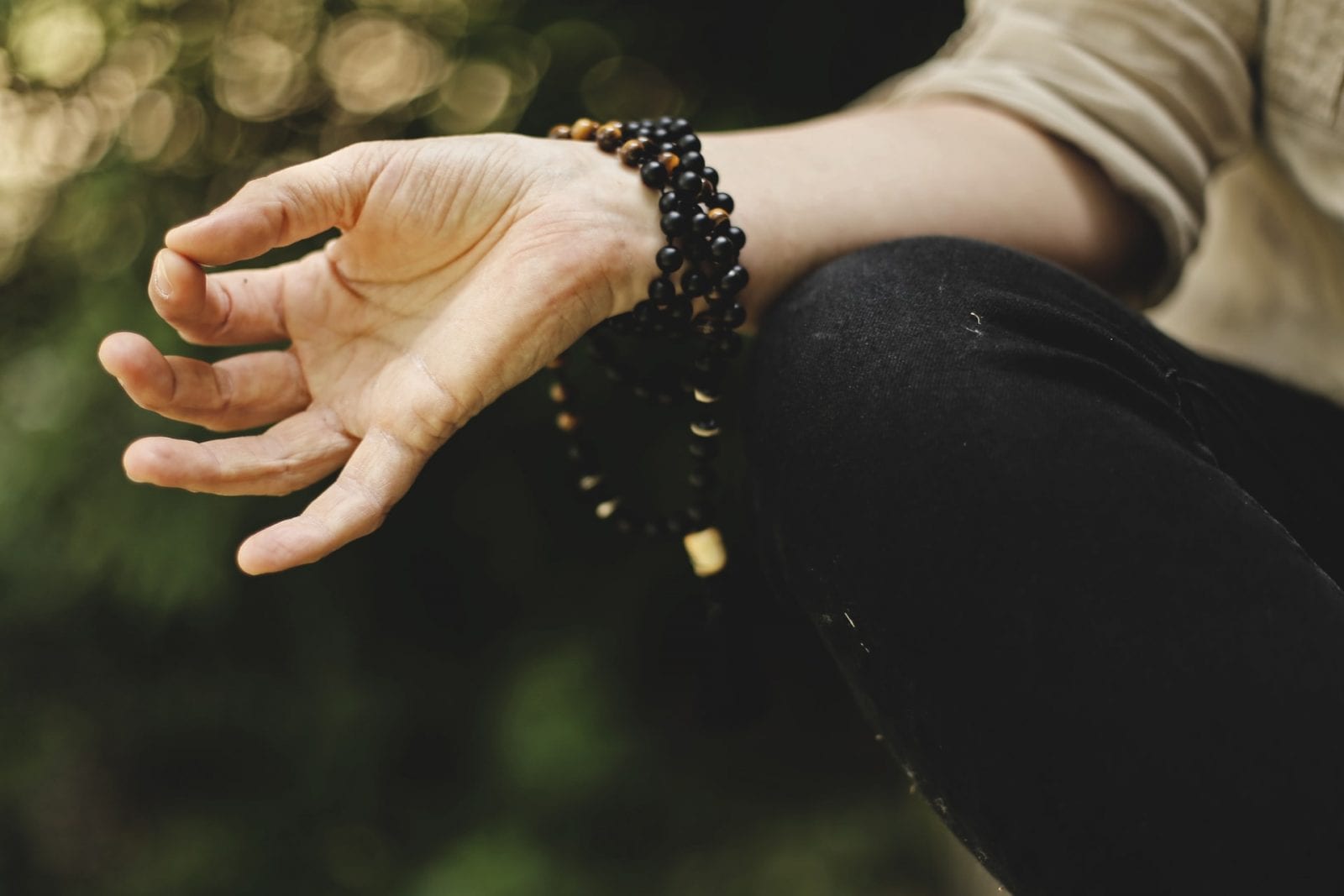 Signs Your Ex Will Eventually Come BackUpdated on September 23, 2020 | Published on April 4, 2020
Reviewed by Shayla Vaughan, Yoga Expert Reviewed by Shayla Vaughan, Yoga Expert Shayla is a Certified Yoga Teacher & Holistic Nutritionist in Toronto. She developed a regular yoga practice & noticed that not only was her physical body starting to feel better but that her mind was also healing as a result — beginning the exploration of the mind-body connection. Noticing a need for personal yoga and wellness support, Shayla began Your Movement Therapy, a wellness company specializing in Private Yoga & Lifestyle Coaching with a focus on reducing stress and healing from the inside-out. Learn more about our Review Board

Yoga practice is not only for those who are spiritually inclined but for all those who want to stay healthy and happy. Daily practice of yoga has innumerable benefits as proven by recent scientific studies. To understand the various yoga practices you must also know the associated yoga mudras without which your yoga training is incomplete.

But if you are new to this concept and confused about the different mudras keep reading because we are giving you a complete guide on the mudras that are performed.

What Are Yoga Mudras?

Yoga is an ancient Indian holistic practice. The hand gestures used in yoga and pranayama can bring immense benefits to your body and mind. These hand gestures that are done along with yoga and meditative practices are called as the yoga mudras.

In Sanskrit, Mudra means “closure” or “seal”. If you are new to the concept of yoga you must also try and learn the yoga mudras. The mudras are usually taught in yoga classes. Yoga mudra is a kind of hand gesture that assists in your yoga practice and enables the flow of energy within your body.

When we perform the mudras parts of the brain get stimulated and an energy circuit is established in the body. As a result of this, we achieve a particular state of mind that enables our mental, physical and spiritual development.

The best way to learn yoga mudra is from a Yoga teacher. You can also join a yoga teacher training course to understand the science of yoga in detail. In this article, we would provide information about Yoga Mudras, their origin, how to perform those and their benefits. Even if you don’t have the slightest idea about the mudras, don’t worry, we have got you covered! Just keep reading.

History of the Yoga Mudras

The history of mudras can be traced back to prehistoric times. Ancient Indian scriptures give us the details of yoga forms and the various associated mudras. In India, mudras have also been depicted in ancient temples and even caves.

Indian Gods and goddesses were often represented in sitting pose, their hands performing many types of mudras. The mudras were originally symbols of religion. Although most of the mudras are performed with hands,  Khecari mudra is done using the tongue.

Mudras are now more than just religious practices. These became associated with yoga, meditation, tantric rituals, and even in Indian classical dance forms. In Bharatnatyam for instance, stories of Gods and Goddesses are told through various mudras used by the dancers. Yoga mudras have also been an integral part of Buddhism. Bhumisparsha Mudra represents Lord Buddha after he was freed from earthly sufferings. Dharmachakra Mudra symbolizes Buddha achieving his enlightenment.

The Five Elements Within Your Body

Did you know that your body is a mini-World made of the same five elements that constitute this planet? These five elements are – Agni (Fire), Vayu (Air), Akasha (Aether), Jala (Water) and Bhumi (Earth). Also, the diseases that are caused in your body are because of some imbalances in these elements.

With regular practice of yoga along with the mudras would restore the balance in these five elements. As a result, you can have a disease-free body and mind.

Why Do Yoga Mudras Work?

Our fingers have the characters of the five elements – air, fire, earth, ether, and water. When our fingers are used in specific gestures they act as electrical circuits and create a connection with the brain. This influences our reflexes and balances internal energy.

As a result, this affects different parts of our body and heals the diseased parts. Yoga mudras are best performed by doing asanas or pranayamas. The mudras along with specific yogic poses and controlled breaths can establish balance in our body.

Different Type of Yoga Mudras and How To Do Those

It is said that yoga mudras even when done for a few minutes every day will improve the quality of your life. Keep reading to accustom yourself to the different mudras used in yoga and meditation.

It is the most popular of all the yoga mudras! Gyan mudra stimulates Vayu or the air element in your body. It increases your concentration level and also enhances knowledge and creativity. When done regularly anxiety, stress, depression and other negative emotions go away. It is also called as the Mudra of knowledge.

How to do Gyan Mudra:

Bring the tips of your thumb and index finger together. Keep the other fingers lightly stretched together. Gyan mudra is best when performed in the early morning for at least 30 minutes along with yoga or meditative practice.

This mudra is performed to reduce the Vayu or the air element in your body. It will help to calm and control a restless mind. Besides that, it helps to control diseases related to Vata dosha such as Arthritis, knee pain, Sciatica, muscle pain, etc. Vayu mudra will overall balance your body energy. It is also called as the Mudra of Air.

How to do Vayu Mudra:

Bend both of your index finger and thumb such that the thumb will press your index finger. The other fingers will remain straight and together all this time. Perform Vayu Mudra for 10/15 minutes three times a day or whenever possible. This mudra can be done during any time of the day.

This mudra stimulates the entire body. It energizes the entire body and helps the proper functioning of all the organs and organ systems. It cures insomnia, enhances immunity and improves your eyesight! Prana mudra is also called as the Mudra of life.

How to do Prana Mudra:

Draw the tip of the thumb, the ring finger and the little finger such that they touch each other. Keep the other two fingers straight upward and together. Usually, a mantra is chanted with inhalation and exhalation while maintaining this pose. Do it 30-40 minutes in the morning.

In Sanskrit Shunya denotes emptiness. It is a mudra that reduces the space element in your body. This mudra is said to reduce the pain in the eyes and ears. It strengthens your bones, heals the gums, improves hearing ability and reduces heart and throat diseases. Shunya Mudra is said to open the heart chakra and it is also said as the Mudra of Emptiness.

How to do Shunya Mudra:

Bend your middle finger and place it at the base of the thumb and exert pressure at the touching points. Keep the other three fingers stretched and straight. Perform this mudra three times a day for fifteen minutes in each sitting.

This mudra helps to detoxify the body. The toxins formed in our body from undigested food can lead to diseases. Apan mudra helps the body to get rid of these toxic substances. It boosts our entire digestive system and also heals heart diseases, diabetes, piles, kidney problems, and dental issues. This mudra is also said as the Mudra of Digestion.

How to do Apan Mudra:

Just bend your middle and ring fingers and touch the tip of your thumb. Keep the other two fingers straight.

This mudra helps to increase the Agni or the fire element in the body that maintains body temperature and also improves your eyesight. It can heal digestive issues, fever, etc. Surya Mudra is also called as the Mudra of the Sun.

How to do Surya Mudra:

Bend the ring finger and apply pressure on your thumb. Keep the other three fingers straight and relaxed. It is best practiced in the early morning for about 30 minutes or less.

It balances the Jala or water element in your body. This mudra is said to bring mental clarity. It heals skin diseases and brings a natural glow to the skin. Varun Mudra also improves communication skills and is also called as the Mudra of Water.

How to do Varun Mudra:

Bring the tip of the thumb to the little finger and then apply pressure. It can be done at any time of the day.

This mudra is done to build heat in your body. It helps cure a cold and cough, asthma, sinus, etc. Ling Mudra can make you sweat even in the winters and it is also called the Mudra of Heat.

How to do Ling Mudra:

Tightly clasp all the fingers of both hands while keeping the right thumb straight and upward. You can practice this mudra for 30 minutes as a daily practice.

It is a beautiful mudra that acts as a pose of composure and greeting. Anjali Mudra brings self-awareness by nourishing the lotus heart. This mudra is commonly used by Hindus as a form of greeting or welcoming as well as it is extensively used in classical dance forms. This mudra is also called as the Mudra of Offering.

How to do Anjali Mudra:

Bring the two palms together in front of your chest. The palms facing each other symbolize gratitude and openness. Do it any time you want along with a pranayama or yoga pose or just to express gratitude to the Universe.

TIP
Start practicing yoga mudras along with meditation or pranayama. Choose the one that would be most effective for you. Perform one mudra in the beginning rather than trying all the different forms at once.

Remember to do these mudras involving both hands. Start doing for a few minutes every day and then gradually increase the time of practice.

Yoga mudras are hand gestures that are used in yoga and meditative practices. Earlier mudras were mainly used in religious practices and various Indian classical dances. But now these mudras are practiced globally because they have immense benefits.

To learn these you can join a yoga class or follow YouTube tutorials. Besides that, this article is always available for you as a guide.

Also, read our next article -> Work with Prana Energy to Unleash Your Superpowers!

Being an avid reader from early childhood, Ishita had always loved books more than anything else in the world! After completing double masters - M.Sc and MBA she was working as an HR professional in the corporate sector. But nothing satisfied her more than writing and hence she decided to pursue writing as a career. Now she is a writer, blogger, entrepreneur, and educator. She believes words have immense power and writers can make a huge impact in the world! Till now she had written short stories, poems, quotes and articles on multiple niches.

Om Meaning – The Eternal Sound of the Cosmos

What is the Purpose of Life, How To Find It, and Why You Should Have It in The First Place?

What is Vipassana Meditation & How to Master it

Top 10 Spiritual Teachers in the World

Yin Yoga 101- Everything You Need to Know