Home Spirituality Spiritualism & Divinity Clairsentient: How to Know If You Are One?

Do you often tune into the energy of other people after entering a room? Can you tap into your intuition and learn about the emotional state of people around you? Well, then there is a good chance that you are clairsentient, or are gifted with clairsentience.

What does clairsentient mean? How do you know if you have this ability? Is it a bad thing?

To know the answer of all these questions and more, read on.

SUMMARY
Clairsentience actually means clear feelings. It is the ability to feel the present, past, and future. It is connected to having high levels of intuition. The feeling is often also known as gut feeling. The literal meaning of the term ‘clairsentient’ is ‘clear-feeling.’ This means that a person can sense energy and feel the emotions without physical senses.

Clairsentience is the ability to feel the present, past, and even future physical, mental and emotional states of other people. The special thing about clairsentient people is that they learn about such states without the use of the five senses, that are, smell, vision, touch, hearing, and taste. They use their sixth sense to learn about their environment.

Clairsentient is often associated with a highly developed intuition. It is one of the most common intuitive gifts seen usually in highly-sensitive people. It is related to people’s energy rather than a physical sensation. So, if you are clairsentient, you will have a psychic gift. You are sensitive to changes in the energetic environment all the time.

Honestly speaking, anyone can develop this ability. All of us are born with it. However, once we step into adolescence, the regular pattern of the society and voices of others that echo inside our heads somehow makes our own voice and abilities disappear. Even so, many people often listen to their ‘gut feeling’ or have a ‘hunch’ about a situation or person and call it ‘knowing.’ This is also clairsentience.

If you want to develop your ability to feel, then a little awareness about self, clarity of emotions, breathing technique and focusing on gut feelings is all you need to become a psychic phenomenon!

SUMMARY
Clairsentient people are extremely sensitive, very empathetic, and often struggle with balancing their emotions. They are very wise and often have a small group of friends only. Also, they are quite charming, and tend to do what is right. They don’t believe what people say, but what they believe.

There are many signs to know whether you are clairsentient or not. However, many a time, one cannot explain the reason behind the gut feeling or psychic sense. Many people also feel a sudden surge of energy flowing toward their aura and just know things.

Below are the most common signs that confirm if a person is clairsentient in nature.

The first and most common trait to be seen in a clairsentient person is that they are sensitive to your environment, sometimes to a fault. There are the days when these people cannot get out of bed because they soak negative energy.

However, there are also times when they are high on energy when surrounded by great energy. In fact, there are a few people who don’t watch the news because the negativity of the same affects them. It might seem weird to a common person but it’s a big deal to a clairsentient.

2. They are usually empathetic in nature

Since you can literally feel the energy of people, empathizing with them comes quite easily to you. You find true healing as an empath because you understand the mindset and reason behind the behaviour of a person. So, yes, it becomes quite easy for you to forgive people who do wrong to you.

NOTE
Many clairsentients also act impulsively in certain situations because they feel energies of the future as well. For instance, if a clairsentient person blocked you on social media, they probably know you are dangerous for them, or perhaps there is a hidden reason behind it that will be revealed in future.

They can’t explain the reason behind it. They just pick up the vibration and trust it. Some clairsentients also claim that they have no control over the way they act when they pick up the energy of a person and act accordingly.

3. They struggle with balancing their emotions

Because they don’t only handle their own feelings but also soak in the energy of all the people in the room. They work like a sponge and if not trained well, cannot tell the difference between their emotions and someone else’s. Thus, it is quite challenging for them to not be engulfed in their emotions.

4. Clairsentient people understand things in terms of energy and vibration

They wholeheartedly believe that everything in the world is energy and nothing else. When they tune into their power, they experience extraordinary vibrations in their energetic field and sometimes, can tell the future without making any mistakes.

Even in their 20s or teenage years, these individuals are extremely wise. They have such wisdom and understanding of the world that often comes to people in their late 30s or 40s. The reason behind the same is often considered to be their old souls. It is believed that these people have lived millions of lifetimes on the planet and thus, their souls know everything about life and how to live it.

6. They have a small group of friends but they love meeting people

Since these people know that life is the result of the people you spend the most time with, they follow the exact same wisdom. In fact, most of their friends are from childhood and continue to remain so for a lifetime. However, they do not shy away from meeting new people as well since they want to experience life in its truest sense as well.

NOTE
This cannot be applied to all clairsentient people. Many of them are introverts and do not like meeting or spending time with a lot of people. This usually happens when they do not feel empowered for their gifts. Once they understand their powers or abilities, they know how to release the emotions of other people.

7. Clairsentient people are quite charming

These people attract the attention of almost everyone while walking into a room; there is no doubt about it. Their ability to feel makes them read the environment they are walking in and are surrounded by. Thus, they know how to talk to people and influence them with their conversations and aura. They are effortlessly charming,

Their intuition is so strong and developed that these people do not believe in words, they believe in their psychic ability to learn the truth of people. They are almost correct every time. This also makes them learn the true intention of people. They do not wait for people to validate what they feel about them, because most certainly, the concerned people aren’t healed enough to know their own truth.

NOTE
Even if it seems like an interesting trait or ability, it is not easy and often comes with a price. Thus, clairsentient people choose the people they want to keep in their lives very wisely.

They already know people’s intentions and often know what to do in order to heal people or show them the mirror even if it causes them pain. additionally, they are always true to themselves and the people, especially when it comes to what they really feel about a person.

Since they easily pick up the emotional and mental state of people in the room, clairsentient people possess the ability of naturally healing people through energy. They are naturally good at reiki, pranic and related healing arts and make great psychologists as well. Moreover, they have a deep calling to help people.

10. They intend to always do what’s right

Also, they respond strongly when they see something wrong going on. In a spiritual sense, such individuals are considered to be angels and serve as a medium between the physical and spiritual world. They feel incredible physical pain when someone close to them or someone they know is in the same amount of pain. Perhaps, this is why these people cannot stand wrong done to them or any other person. However, they have the ability to turn your bad day into a good one without you having to share a word with them.

Although there is a difference between a clairsentient and an empath, there are definitely some overlapping qualities and it is possible for a person to be both. Here are some indications that you might be a Clairsentient Empath:

Being a Clairsentient a Gift or a Curse?

SUMMARY
Clairsentience brings in a rush of emotions that may not be easy for everyone to handle. It can be scary, and it needs to be carefully cultivated in order to not be overwhelming. But it can be beautiful as well. People will be naturally attracted to your healing aura, and you can even become a manifestor.

It is not easy to handle the emotions and energy of people around you all the time. Indeed, it is a curse when you do not know if you are capable of soaking people’s energy or read their emotions. It is a scary thought. However, when you learn to observe instead of absorbing, you become the master of this intuitive capability; it indeed becomes a gift then.

You become highly intuitive which is the greatest form of wisdom. You also learn to communicate with angels, or ghosts, if and when they are present in your location. This also means that you are deeply protected by unseen forces and energies that this world has no idea about.

In a nutshell, yes, this makes you quite special because your aura is naturally healing and attracts people towards your vibe. They know there is something unique and different about you but they can’t put a finger on it. You will also become a great manifesto and get everything that you want just by thinking of it.

Being a Clairsentient is a beautiful gift. Almost all of us have clairsentience at birth, but with the hustle and bustle of everyday life, we tend to forget this gift. In order to gain this ability again, you need to you must start with listening to your inner self and follow whatever the voice inside your mind tells you to do. When you start doing that, your intuition will develop and soon you will start reading the energy of the room you walk in as well. 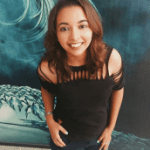 Vision Board Party: How to Host a Spectacular One

People Pleasers –Who they are?

Nice vs Kind: Who You Choose to Be?

Claircognizance: Signs to Identify & How to Become One

Atelophobia: The Fear of Imperfection

How to Be More Social: Complete Guide