Reading Strategies to Get the Most Out of Any Text!

There is a reason why ‘drama’ is the most hyped and the most used word in the TV industry. It is not the same as your everyday conflict. Drama occurs when a usual conflict becomes toxic. A simple conflict can turn into a long-term unhealthy drama when others get involved. The drama triangle, or the ‘Karpman drama triangle,’ was first published in 1968 by Dr. Stephen Karpman.

What is the Karpman Drama Triangle?

SUMMARY
The drama triangle proposed by Stephen Karpman has three main characters. They are – the Victim, Persecutor, and the Rescuer.

According to Stephen Karpman MD, a drama triangle is a model that is the foundation for all human social interactions. Karpman published the article when he was studying under Eric Berne. Berne is known as the father of transactional analysis.

Karpman says that there are three characters in the drama triangle:

What Are the Three Types of Conflict?

SUMMARY
According to the Karpman Drama Triangle, there are three distinct styles of conflict. The Victim’s character acts by showing helplessness or incompetence. The Prosecutor is dominant and shames other people. Lastly, Rescuer has martyrdom issues and tries to help others regularly.

We have established that there are three characters in the Karpman Drama Triangle – the Victim, Persecutor, and the Rescuer. As we are discussing this, we must know that every human being is capable of adapting to more than one character. Depending on the situation, one could play either one, two, or all three roles on different levels.

Thus, to distinguish the three styles of conflict, we must understand them in detail.

To be able to escape the drama triangle or to help someone avoid it, it is vital to acknowledge the role you or they play in the triangle. Only then, you or they could take measures to break away.

How to Break the Drama Triangle?

SUMMARY
The Drama Triangle demonstrates that everyone tends to adopt one or the other role at some point. It does not implicate a single person but is only a means to break out of the vicious cycle of toxic and exhausting situations.

It is critical to understand that not every conflict results in a drama triangle. The ‘triangle’ in his article doesn’t refer to a specific victim. Instead, it shows the behavior of those who portray themselves as one of the three characters.

For example, a mother orders the son to ‘clean the room’ right after he finishes his homework. The father jumps in and asks the mother to give the son ‘a break because he is exhausted.’ The son feels that his father is right, and his mother is being too harsh.

In the above example, the mother is the Persecutor. And, the son takes the role of the Victim. Finally, the father plays the Rescuer who intervenes and saves him from cleaning his room. Sometimes, people victimize themselves and see others as a villain or a rescuer. To break this unhealthy triangle, it is important that all three characters look at their roles with a different perspective.

‘Drama’ feels exhausting and toxic because a lot of energy is used in establishing the roles people play in the drama triangle. The Victim wants to act innocent and feels powerless, the Persecutor wants to get things done and steer clear of any negative image, and the Rescuer only wants to be righteous.

WARNING
It may seem very tempting to act as the ‘rescuer’ whenever a friend or a family member is in need. But, before you do that, you must always observe whether the person is actually in trouble.

It may be hard to believe but some people like playing the victim. This usually happens when something goes against their wishes.

And, they use their helplessness to avoid taking responsibility for their deeds. More often than not, they also use the ‘vulnerability’ cloak to blame others. To get away from this, one must stop focusing on the characters of the conflict and start focusing on the actual conflict.

Way to Break the Drama Triangle

SUMMARY
The only way to get out of the Drama Triangle is to transform yourself. The Victim needs to learn how to take things into their hands, the Persecutor should learn to evolve and be honest, and the Rescuer helps others achieve their goals. Thus, they become Creator, Challenger, and Coach – respectively. This is called The Empowerment Dynamic.

In his book, ‘The Power of Ted,’ David Emerald talks about the ways to escape the DDT – dreaded drama triangle (aka Karpman triangle). According to him, the best to break away from the drama triangle is to transform the existing roles into three new characters.

Thus, in TED, The Empowerment Dynamic:

In the TED model, the Rescuer and a coach still lend a helping hand but not by disabling the Victim. Instead of making the Victim dependent on them, they give the Creator a chance to realize their potential and accomplish their aim. They help the creator gain confidence and take ownership of their problem, solve, and decision-making.

The role of the Creator is also of equal importance in the empowerment dynamic, for it is they who take substantial steps in gaining positive or acceptable outcomes to the problematic situation.

Last but not least, the persecutor-turned-challenger sparks a challenging atmosphere for the Creator to evolve in. Though it could still be discomforting to a level, they maintain honest at all times. By enabling the Creator to face these tough situations, they ensure that they understand the importance of problem-solving at a deeper level.

TIP
The role of the Challenger involves brutal honesty. Although this could cause pain and create more conflicts, the Creator needs to understand its importance. Thus, as a challenger, you must never refrain from the truth if you wish to help the Victim transform into a creator and take the onus of their problems.

Way to Get Rid of the Drama Triangle?

SUMMARY
Another way to break the drama is to use The Winner’s Triangle. It, too, involves the transformation of all three characters. It can help people change their social interactions and develop better interpersonal relationships.

The Winner’s Triangle is a model built for showing patients how to transform themselves when they are entering into any one of the points in the Drama Triangle. According to this model:

The Winner’s Triangle is about building meaningful relationships by changing the way humans interact.

TIP
When figuring out the roles we play, it is better to slow down and document (in a diary or a laptop) our feelings and thoughts after a conflict. When the situation calms down a bit, go back and read the entry without judging yourself. At the same time, try to observe your thoughts and any patterns that you may come across. Draw your awareness towards these patterns to be able to alter them

Conflicts are part and parcel of human life. Irrespective of how positive you and your surroundings are, it is impossible to ignore them. Sometimes, conflicts are not created by us but by situations around us.

While it is okay to face such conflicts, letting it change your personality is unhealthy. To avoid falling into the patterns of the Victim, Persecutor, or Rescuer, you must be ready to transform. And, the transformation must take place at the earliest.

Both the social models that are known to have helped patients get out of the Karpman Drama Triangle. Remember, in the end, it is you who has the power over how you live your life. 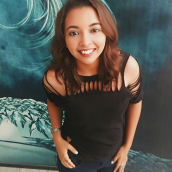 Namrata Singh is a dentist turned writer and clinical researcher. Eager to learn about anything and everything, she is what you would call a jack of all trades and master of none. With a zeal for reading novels, books and anything she could get her hands on ever since she was little, she embarked into a writing career purely out of luck. After indulging in a freelancing career for nearly two years, she can now write on anything - from dentistry to decor, travel to technology, medicine to management - but psychology remains her first love. Having dealt with mental health issues in the past, she hopes to raise awareness for the same and help people with her work in association with The MindFool team