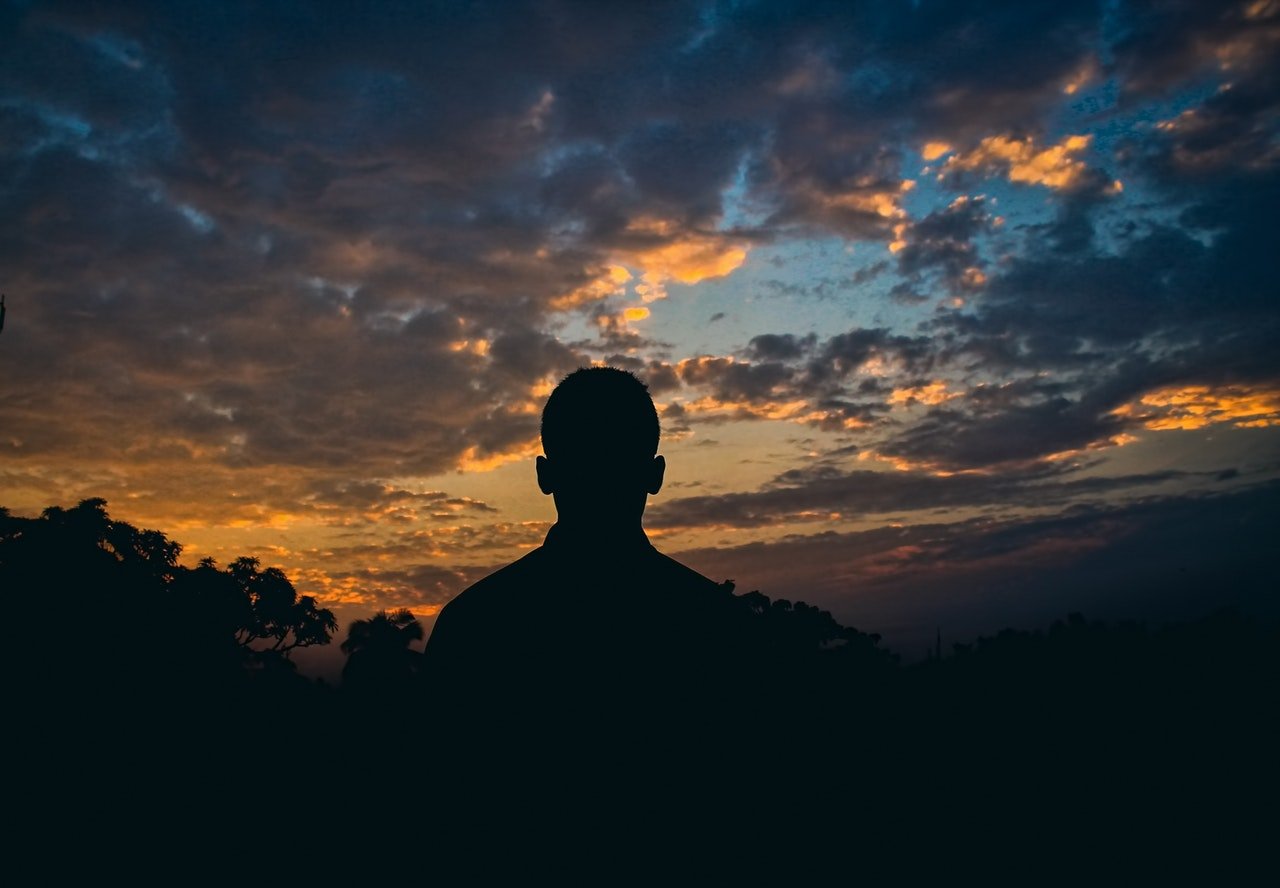 Our Universe operates on the basis of certain natural laws. Whatever happens around us has a perfect reason behind it. Most importantly, there is an underlying connection between your thoughts and actions! According to the Western esoteric tradition, there lies a force that regulates each and every affair of this world. This force might seem magical to some people, while scientific to others. But geniuses of the likes of Isaac Newton had also been a strong advocate of the existence of this supernatural force or the Hermetic Principles.

What are Hermetic Principles?

SUMMARY
Hermeticism is an ancient concept on the deeper, philosophical aspects of life.

Hermeticism or Hermetism is an ancient philosophical and esoteric tradition. This principle helps us to understand the finer aspects of life. It suggests that there is an underlying principle that governs our lives and the world we live in.

Hermeticism had a great influence on the Renaissance period. Because authors, philosophers, and artists became the supporters and promoters of the hermetic principles. Isaac Newton, Sir Thomas Browne, Ralph Waldo Emerson, Giordano Bruno among several other eminent names were firm believers of these principles.

Hermeticism became popular at the time frame of 1300 to 1600 AD. Because it was a time when academicians and scientists were looking for a deeper explanation for life and its various aspects. Arts, science, spirituality, religion and mysticism all got merged and inter-related in Hermeticism.

SUMMARY
Hermes Trismegistus was a spiritual teacher. His teachings are said to be the basis of Hermeticism. According to some researchers, there was no such person in real and that he was a fictitious character.

There are doubts about the identity of Hermes Trismegistus. It is said that he was a spiritual master who composed his ideology in a series of letters to his disciple. But these letters were lost over time. Later on, the letters, however, were revived and translated in Latin during the 15th century. His writings form the basis of Hermeticism containing meaningful discussions on divinity, cosmos, nature, etc. Subjects such as astrology, alchemy, and others have also been mentioned here. These compositions have been compiled and are known as Corpus Hermeticum.

The Kybalion And The Hermetic Principles

A book named The Kybalion: Hermetic Philosophy was published in 1908 and it contains the teachings of Hermes Trismegistus. The author of this book had used a pseudonym, “The Three Initiates” and had chosen to remain anonymous. Most importantly, this ancient philosophical book is considered to be the foundation of the New Thought movement of the 1910s.

SUMMARY
The book named “The Kybalion” has an in-depth analysis of Hermeticism and its 7 important principles.

The Kybalion depicts that The 7 Hermetic Principles will help us to grasp the essence of the Universe. The doctrines of this book are an in-depth study of the natural universal laws. It might seem that the Hermetic Principles are extraordinary and magical but in reality, they define the truth of nature.

Most importantly, Hermeticism propounds that there are three planes of existence in this Universe – physical, mental and spiritual. These planes are interconnected with our vibrational frequency or vibe. To understand the connections we have to learn The 7 Hermetic Principles.

These principles can change your thinking process. If you can really master these ancient philosophies you can create a better life for yourself! This is because the Hermetic Principles are scientific and helps you to understand your connection with the mental Universe. If you apply these doctrines you will definitely become wiser.

1. The Hermetic Principle of Mentalism

SUMMARY
The basis of this doctrine is that the Universe operates as a mind and it is connected to all others.

This is a fundamental law of Hermeticism. Understanding this makes it easier to understand and apply other laws. According to this Principle, every living being is connected to each other through their minds. Besides that, this law postulates that the Universe is mental and the Universal mind is again connected to the individual minds. Most importantly, the principle of mentalism states that our thoughts and actions are interlinked.

If you plant positive, healthy thoughts in your mind, you will be triggered to take the correct action. Therefore, you will stay in your life path. Besides that, you will do things that are true to your soul purpose. Also, this Hermetic Principle teaches us to give more value to intuitions rather than on impulses.

2. The Hermetic Principle of Correspondence

SUMMARY
According to this principle, there are three planes that correspond in our lives.

Therefore, if you want to change your life you must be willing to bring change in all three of these planes. Whatever is happening in your life is because of a correspondence between the three planes of existence. If you comprehend the essence of this law, the chance is that you will create a grand version of life!

3. The Hermetic Principle of Vibration

SUMMARY
Everything in this Universe vibrates in their own unique frequencies. To change your life you have to change your vibration.

According to the law of vibration, nothing in this Universe ever rests. Everything is moving and vibrating. The objects that appear to be static are also in motion as confirmed through microscopic studies. Hermiticists believe that we are continuously vibrating and that our thoughts also have a rate of vibration.

If you are familiar with the Law of Attraction, then understanding the Principle of Vibration would help you to grasp the law even better. As we are energy beings we have our own vibrational frequency.

Therefore, if you raise your vibration by thinking positive thoughts you will attract positive people and experiences in your life. The hermetic principles states that you can fine-tune your thoughts and as a result your vibe. Most importantly, this change will result to changes in your action. Because of that your entire life would change for the better.

4. The Hermetic Principle of Polarity

SUMMARY
Everything in this world has two opposite poles. Nothing is totally true and everything has an opposite reality.

While life is paired to death! Nothing in this world exists singularly. Everything has a dual occurrence. We must have the mindset to appreciate the contrasts in life. If you are sad you will experience happiness later on. You can fail now but you would surely encounter success in future.

Because the Principle of Polarity states that every experience has an opposite aspect.  According to this law, nothing is completely true and that all degree extremes meet! Whatever is your life situations currently, remember that extremes meet. Besides that, all truths are in reality half-truths and that even paradoxes can be restored.

5. The Hermetic Principle of Rhythm

SUMMARY
Nothing in this Universe stays the same. Just like a pendulum your reality is swinging and switching sides.

The Principle of Rhythm speculates that everything is changing all the time.  There exists a measured motion for everything in the Universe. Just like a pendulum, everything is swinging back and forth. Like tides, everything is rising and falling. Therefore, nothing is still but always changing.

Most importantly, this principle helps us to be aware of the measure of the swing. Simply put, our life is not static but swinging like a pendulum. In life there will be rise and fall, the pendulum swing is a continuous phenomenon.

People who have been spiritually awakened understand that what we own now will be taken from us. And what we lose now will come back to us later! The pendulum swing manifests our reality.

6. The Hermetic Principle of Cause & Effect

SUMMARY
Everything that happens in your life has a reason. Nothing occurs without an explanation.

The Principle of Cause & Effect states that there is a cause for every effect, every effect has a cause. This simply means that nothing can happen without a reason! Therefore, there is always an explanation for every occurrence. According to this doctrine, our thoughts and actions create consequences in our lives. This Hermetic Principle frees us from our victim mentality.

For instance, if you are ill, you must have led an unhealthy lifestyle before! Your earlier choices have resulted in this current reality. Besides that, this law helps you to see yourself as the creator of your life. Because you have full responsibility for your life, you can as well modify your actions now to change your future consequences. There is nothing in this Universe that escapes the law.

7. The Hermetic Principle of Gender

SUMMARY
Everything in this Universe is energy and the energy expresses either as masculine or feminine forms. Both of the genders are necessary as they are the creative forces in the Universe.

According to the Principle of Gender, everything exists either in masculine or feminine forms. Therefore, masculine and feminine energy exists in all things. Both the energies must be prevalent because the Universe operates in perfect balance.

Too much of either can be detrimental and so would be too little of each of these forms. For perfect balance, both the energies should be expressed in a proper balance. This principle is also said as the creative principle as both masculine and feminine is required for creation.

For instance, in a good conversation, one person would speak (give) while the other would listen (receive). Then the role gets reversed so that now the previous speaker becomes listener (receiver) and the previous listener becomes speaker (giver).

Therefore, the two complementary energies of giving and taking would give rise to a new creation. This principle can be applied to explain any aspect of life. Most importantly, this principle also states that all seeds including thought seeds have a gestation period before they grow into reality!

The Seven Hermetic Principles Described in One Simple Video

Hermeticism is an old non-Christian concept that speculates a deeper and finer explanation of life. Most importantly, this is more a philosophical and spiritual tradition that had originated from the teachings of Hermes Trismegistus. There are 7 Hermetic Principles that form the basis of Hermeticism. Everything in this Universe follows certain rules or the Hermetic Principles. The principles discussed in this article can upgrade your life!