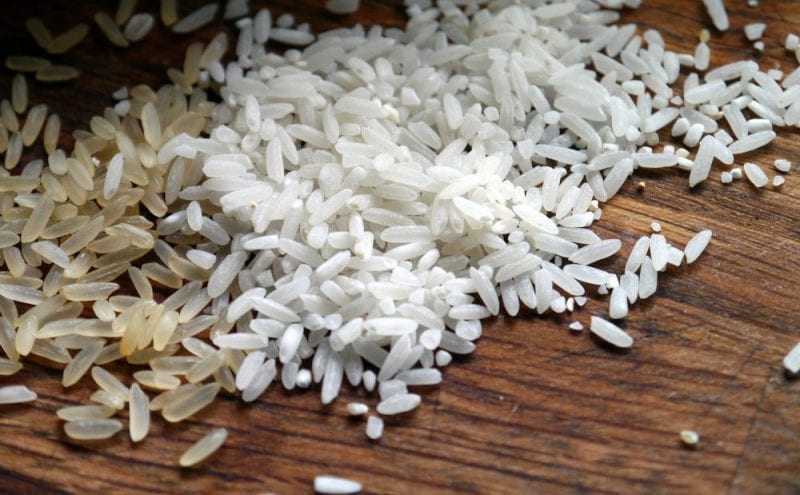 Beautiful words make beautiful worlds. This is what the flag bearers of positivity believe and preach. If you really try to look at it, they might be right. Well, if you have ever tried focusing on both negative and positive thoughts, then, you know, they create the same experiences. We know, it is spectacular how our consciousness works! To understand the power of positive emotions, the rice experiment was brought into the picture.

This experiment went viral after the effects of positive and negative talks made quite a difference in the appearance of different rice jars.

We know that everything is made of energy. This means that your thoughts are energy as well. Now, if you take your thought frequency to positive consciousness, you will start feeling good and attracting good. The opposite happens when you allow negative thoughts to seep in your words and thoughts.

How did the ‘Rice Experiment’ come into existence?

Summary: Dr. Masaru Emoto invented the rice experiment. He believed that positive thoughts have an effect on the matter around us, and that water is a blueprint for reality. He also created a film in 2004 and wrote a book on the same subjects.

To demonstrate the power of positive thoughts, Dr. Masaru Emoto, a Japanese researcher, and an ‘alternative-science’ teacher, invented the rice experiment. Emoto reckons that human consciousness has an effect on the molecular structure of water and that water can react to positive thoughts and emotions. He even believed that positive thoughts and talks can remove pollution from the water.

Emoto started studying water and its details in the 90s. He referred to water as the ‘blueprint of reality’ and published his various findings that asserted his idea that emotional energy and vibration can change the molecular and physical structure of water.

His 2004 film ‘What the Bleep Do We Know?’ exhibited various molecular water experiments, so did his books, The Hidden Messages in Water, which was a New York Times bestseller and Messages from Water and the Universe. His ideas also appeared in the 2005 superhero film Kamen Rider: The First.

The rice experiment is one of the many water crystal experiments attempted by Dr. Masaru. In one of the incidents (mentioned in his book), he mentioned a priest mouthing incantation as he stood in front of a lake.

He wrote that the water of the lake became clearer than it was before the incantations. He contended that water crystals looked distorted before the priest enchanted the incantation and started to look clean and nice after the incantation. This proves that water’s structure was changed successfully after its vibration was raised.

What is the ‘Rice Experiment’?

Summary: The rice experiment was conducted by Dr. Emoto over a period of 30 days where he demonstrated the effects of words and thoughts on a jar of rice.

In his quest to prove the magical power of positive thinking, Dr. Emoto carried out the rice experiment. He reckoned that human thoughts and intentions can miraculously alter reality, including the physical structure of water.

This experiment was a part of the film The Secrets of the Water. This is how he carried it out-

He selected three rice (cooked)  jars for the experiment. He then placed an equal amount of water in the rice jars and labeled them.

The first two labels read ‘Thank You,’ and ‘You Idiot!’ The third jar was free from the label, which exhibited Emoto’s indifference towards it.

For the next 30 days, he approached each rice jar individually, and this is what he said to each one of them-

Emoto kept the process up for 30 days. At the end of the 30th day, these were his observations-

What does the ‘Rice Experiment’ conclude?

This experiment proves that the positive words spoken to a cup of cooked rice and pure water helped it become its greatest version; in this case, it was the nice fermentation.

On the other hand, negative words made the hated rice become its worst—black in color and rotten smell. However, the worst blow was taken by the third cup of cooked rice for it rotted completely.

With this experiment, it was concluded that the power of thoughts acts like alternative medicine, in a way, that can miraculously change the outer and inner structure of a being, just like in the case of this water experiment.

What do others think of the ‘Rice Experiment’?

Summary: Dr. Emoto’s experiment has received quite a lot of negative criticism in the scientific community. However, people all over the world have been experimenting using this method and many of them have achieved stellar results.

According to Emeritus William Tiller, a professor at Stanford University, it is quite easy to manipulate the crystal formation of water. It is extremely easy to add certain contaminants to it. As per Dr. Tiller, “Emoto’s experimental protocols are so lacking as to be unrepeatable, and even the most basic attempts at scientific controls are absent.”

Harriet Hall, a book reviewer, had this to say about Dr. Emoto’s book, “The worst book I have ever read. It is about as scientific as Alice in Wonderland.”

Even so, people across the world are experimenting with the water crystal and rice; and getting extraordinary results, like this physical education teacher, who goes by the name Ana Paula Frezatto Martins. She arranged the class in a circle and asked her students to say bad things to one grain of cup (called it ‘hate cup’) and good things to another grain of cup (the ‘love cup).

The students followed and saw the difference between the growths of the two cups in a few days. The ‘love cup’ fermented nicely and naturally, while the ‘hate cup’ showed a dark mold.

What does the ‘Rice Experiment’ imply?

Summary: The rice experiment implies that we should be mindful of the connection we form and the people we associate with. It is focused on increasing positive interactions in life and cutting down on the negativity.

Have you ever felt that being around a certain someone literally sucks all the energy out of you? This might be because at some level, this person doesn’t have good intentions for you. On the other hand, staying around some people makes you feel so good about yourself. This implies that this person is good at heart and has good intentions for you.

On the other hand, when you start saying nice things to someone, such as, ‘You look so pretty,’ ‘You are so thoughtful,’ or ‘So intelligent you are,’ etc., they start mirroring the same as well. This is what positive thoughts and actions can do.

The same happened in this experiment. Since our bodies are made of 75% water, there is no way that these messages from water wouldn’t affect our bodies. Try it yourself.

TIP
If no one else, you can try the same on yourself. When you wake up in the morning, stand in front of your mirror for five minutes, and say one (or as many as you like) good things about yourself. When you say it, really believe in it, and about a month later, you won’t even have to try and you will have automatically inculcated this quality that you keep telling yourself. In a single word, you will GLOW!

How would you like your body to look like? Healthy? Then, start telling it every day that you are young and healthy and it will accept it. Want to nail that job interview, start preparing and telling yourself, as many times as yourself that you already have it, and watch it come to fruition.

People might have their doubts about the rice experiment but the man truly had a message to tell the world—the message from water—how it can create life out of it but also be dead, depending on how it’s treated. So, it is for the best to extract the positives out of this experiment and add the same in your life to make it better.