Home Food for Mind Personalities Omega Male: Traits to Identify & All About Them 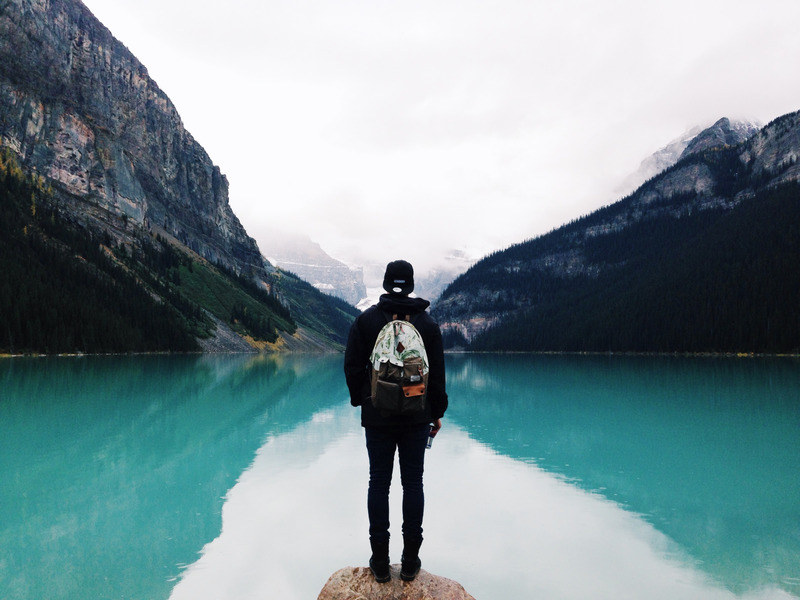 According to the definition, an ideal man is bold, smart, rich and super-attractive to the ladies. But obviously, all men are not the same. There are men who do not want to run after money nor do they chase the women. They do not even seek approval of others and tend to do things in their own way. This unique, independent and odd type is the omega male.

In This Article hide
What is an Omega Male?
Omega – The Court Jester
Omega Male Traits
1. Omega male is super awake
2. He has a knack for unconventional hobbies
3. He will say things face front!
4. Omega male tends to sympathize with the bad guy
5. He does not want to grow up
6. Omega male is an honest, sweet guy
7. He is helpful
8. He isn’t chasing the women
9. Omega male is often doing odd jobs to support himself
10. Omega male is somewhat odd in the eyes of others
11. He keeps changing careers
12. Omega male is Single or Unhappy in a relationship
Omega Male References from Movies and Novels
Differences Between Omega Male, Alpha Male, and Beta Male
Closing Thoughts

What is an Omega Male?

SUMMARY
An omega male cares little about competition, does not follow societal norms and leads life in his own way!

If you ask who’s just opposite in character to the alpha male, it has to be the omega! An omega male prefers to do things on his own, cares little about recognition and does not follow the societal norms. He is not interested to impress anyone. In the socio-sexual hierarchy of men characterized by alpha, beta, and omega, the omega is placed in the lowest position.

This is because the omega males are neither dominating like the alphas nor are they obedient followers like the beta males. Omega is often perceived as eccentric and illogical. Actually, they are skillful and intelligent. This is why they can do stuff alone without following guidelines or taking help from others.

Just like the court jester of a King, an Omega is the source of amusement and sometimes abuse. The King (Alpha) and his courtiers (Beta) will make fun of him, tease and humiliate him but without the court jester, there is no fun. The omega loves to play the fool and amuse the masculine men. Therefore, he is someone who adorns the court and without him, there is no fun.

Others might find him stupid at times but an omega male is always clear in his intentions. He has a happy go lucky attitude. Omega knows how to find little joy in this world of super-serious males and females. He is often stubborn to break his habits or try new things but he understands the rhythm of the world.

Even though the rest might perceive him as impractical, he knows how to do things on his own. He isn’t a leader for others but he sure can lead himself all the way. An omega male does not sleepwalk through life, he is wide awake at all times.

2. He has a knack for unconventional hobbies

An Omega male often has unusual hobbies. Others might even think that he is wasting his time. But as long as it entertains him he loves pursuing that hobby. It could be collecting something odd or playing videogames.

This hobby can actually take a lot of his precious time but he isn’t worried. Because an Omega isn’t that ambitious he likes to do non-productive stuff that gives him a lot of pleasure. This is why his family and friends are often displeased. Omega isn’t bothered if he is losing in life’s game.

3. He will say things face front!

These men do not know how to flatter others. They will tell you on the face if they don’t like something about you! It really doesn’t matter to them if someone is offended by their words.

Obviously, they don’t do it on purpose! But an Omega won’t measure the words they speak. And they can say it to a person no matter if they are in a higher status than them. Because of their behavior, they can’t impress anyone. Often they struggle in their professional and personal life because of this.

4. Omega male tends to sympathize with the bad guy

These men have an odd tendency to support someone whom the others are finding faults at. As he also receives harsh treatment from others often he sympathizes with someone who is labeled as the ‘bad guy’ by society! His friends might be angry at him for this choice but it comes to him naturally.

The omega males might even perceive the ‘victim’ as the culprit! He would express his views that the victim is faking it to defame the other guy! Omegas have unusual opinions which often leads to controversies.

5. He does not want to grow up

The Omega male is a child at heart! He loves to watch cartoons and play kid’s games. His choice of clothes is also boyish. He likes to do fun activities. An omega male makes easy friendships with the kids. People like him for this quality although sometimes they are annoyed by his immature behavior.

They are friendly and nice guys to have around. Women find them amusing and charming although not attractive. It is, therefore, his problem that the ladies in his life seek in him more of a friend than a boyfriend.

An omega loves to assist others. They are reliable and useful. As they are not competitive, they would love to help their friends. These men are intelligent and resourceful. They have expertise in several skills as they love to do things on their own. Therefore, in times of need, their friends will always come to their door.

8. He isn’t chasing the women

An omega male isn’t trying to impress the women. They don’t manipulate like the Alpha or be anxious like the Beta. He isn’t like anyone in the wolf pack. If he likes a woman he likes her wholeheartedly without playing games or tricks. He is often overlooked by the ladies and that’s okay for him.

Because he does not like participating in the race. He isn’t in competition with anyone. An Omega moves at his own pace and takes things as it comes. He believes that if a woman has to come in his life she will come without him chasing her.

9. Omega male is often doing odd jobs to support himself

These men are skillful and talented but not a good planner. That’s why they are often found doing odd jobs that are way below their talents. And he isn’t sorry to do the job because he knows life is challenging and he must find a way to cope with it.

He would not fight with the Alpha nor will he doubt his capacity like the Beta. The Omega will carry on with whatever life has to offer him. And he does it joyfully and confidently.

10. Omega male is somewhat odd in the eyes of others

In this competitive world, everyone is running in the rat race. Omega is the only one who isn’t interested to participate in this race. He isn’t looking for name, fame or accomplishments. This guy takes life easily. Because of this cool attitude, he is often misunderstood by others.

The other men even think of him as a fool. People often taunt him and make fun of him because of his casual attitude, and unusual choices. He is the odd one among the crowd of stereotyped men.

Omega males do not stay in one job for long. It’s not their choice in most cases. They are unsuccessful in most jobs and are therefore shunned from offices. It’s not that they are unintelligent but they lack a competitive attitude.

12. Omega male is Single or Unhappy in a relationship

The Omega male is mostly single. It is because most women feel that he is not responsible or mature enough.  If they are in a relationship most often their partners misunderstand them. Their choices and decisions would create tensions in the relationship.

As a result, even if he is in a relationship he will be unhappy. Maybe he expects his girlfriend to contact him more often or ask about his day. He would prefer doing chores together or enjoy a home-cooked dinner with her. He expects small and simple things from people which is often ignored in this fast-paced world.

You will find countless references from the Omega males in Hollywood movies and books. The protagonist in the movie Greenberg is a 41-year-old who is facing challenges in his manhood. As a young boy, he had the dream of becoming an astronaut but as an adult he finds himself doing carpentry. A typical Omega character who dreams something in his childhood but becomes completely different as a man.

In Bored to Death the character Jonathan is an Omega male switching careers from a writer to an amateur detective!

In Margot at the Wedding and Kicking and Screaming, the main characters are Omega males, unsuccessful in their careers and surrounded by richer and successful relatives and friends.

The movie portrays Omega males as the men who had been rejected by others and failed in their careers. They are trying but maybe they are not trying enough. And somewhere deep down they are relaxed. They are not intimidated by their own shortcomings. These characters are unaware that they are making unusual choices or taking the wrong route. As a matter of fact, they feel that the others are at their fault!

The Alpha, Beta, and Omega have some obvious distinct personality traits. If you observe carefully you will get to see these different attributes in men.

An Omega male is ranked at the bottom of the social hierarchy of men. He is childish, impractical and not in competition with anyone. His choices and decisions can annoy his family and friends.

But he is enjoying life and doing things as they come to him. He is often switching careers and even stays unemployed, his relationships suffer but he likes to live in his own terms.

Also, you might be interested to read our next article -> 16 Personality Types: The Definitive Guide to Know Yourself Better!

Being an avid reader from early childhood, Ishita had always loved books more than anything else in the world! After completing double masters - M.Sc and MBA she was working as an HR professional in the corporate sector. But nothing satisfied her more than writing and hence she decided to pursue writing as a career. Now she is a writer, blogger, entrepreneur, and educator. She believes words have immense power and writers can make a huge impact in the world! Till now she had written short stories, poems, quotes and articles on multiple niches.

Alpha Female – Everything You Need to Know About Her