Home » Food for Mind » Basics » Functions of Behavior: Why You Behave the Way You Behave? 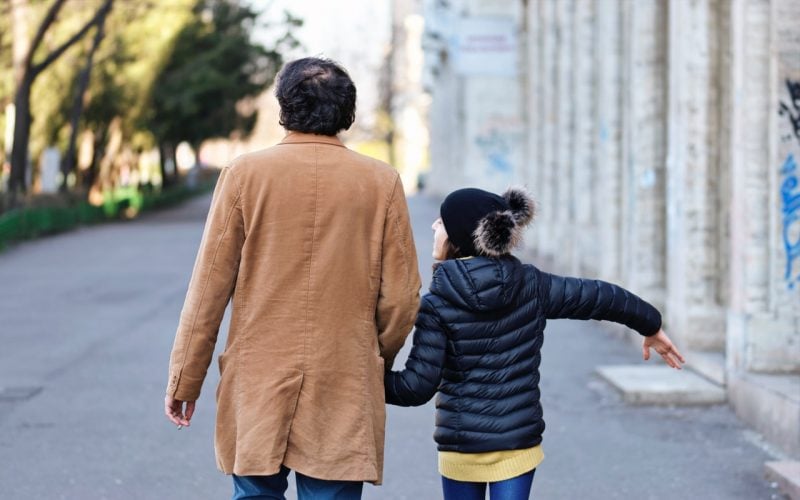 Behavior, as simple as it sounds, is a multi-dimensional part of one’s personality. By definition, it means how you behave in different social and personal settings. For example, are you shy at parties but outspoken at public forums? Or have you ever noticed a child getting cranky in front of guests but is calm otherwise?

Behavior, whether in an adult or a child, is unique but will always have a function attached to it. Whether it is wanting an object in return or perhaps escaping a situation, functions of behavior will almost always have reward psychology attached to it. And it all starts at a young age, right from the time we were born.

Understanding a new-born baby crying may be simple, but that of a special needs child with autism may get challenging. Studying why an autistic child behaves in a certain way is what we call Applied Behavior Analysis (ABA).

It lists down the four major functions of any and how one can combat it for the betterment of their child. Now, every child’s behavior is as unique as they are but their ‘why’ has some well-distinguished reasons for it.

So, let’s start by identifying this different behavior and a purpose:

SUMMARY
When a child throws a fit in a supermarket because they “absolutely need to have” a toy is a functional behavior where the desire to have something surpasses logic and manner.

A common behavioral function is the desire to have a certain materialistic object. If a child is constantly crying in public because he/she wants the toy train but you, the parent said no. Now, what happens is creating a ruckus at home is different from that in a public setting. You, as an adult, may want to manage the situation as quietly as possible but the child won’t give in.

If you let the child cry, onlookers may think you’re heartless, and if you scold, you’re harsh. So, you end up buying their preferred item. Now, children catch up with this reaction quickly. And before you know it, there is a pattern.

How to change this behavioral pattern from demanding a thing to asking for it?

Whenever we child is agitated and learns how easy it is to get things out of his/her parent, a pattern starts building. This behavioral function should be replaced by teaching them how to ask nicely. Giving your child what he/she wants is not entirely wrong but the approach of deriving it is when you should observe and take action.

Here are some pointers that you can start building on as a replacement behavior:

(i) Do not give in to tantrums-

You must stop the immediate scream-and-present method. In this sense, you may feel a bit publicly embarrassed at first but it is important to resist since it’s an essential building block for a child.

Instead of throwing a tantrum, you can tell your child alternative ways to get what he/she wants. The simplest form is communicating nicely. For example, tell them to finish their homework and then they can get that toy.

(iii) Listen to your child-

As adults, sometimes you may overlook the importance of listening to what your child is saying. Children are extra-sensitive, so, you must create an environment at home and a bond in general where they feel free to talk and make you understand their needs in a better way.

SUMMARY
When a child starts acting stubborn in situations that he/she doesn’t like, it is a functional behavior of escapism.

This is the behavior when a child behaves in a certain way to escape or avoid a situation. For example, a child acting stubborn at a party, or crying in a restaurant, or breaking plates or cups at a get-together. As a parent, you should start taking notice if this becomes a repeated habit. Even though children can be unreasonable at times, this behavior is also common among adults.

When you get an unplanned business call, a friend calling in sick before a reunion, office emergency before a vacation, etc. are all examples when you want to escape situations. This behavior is thus so common because everybody has people or situations that they don’t like and want to avoid it at any cost.

While adults can be rationalized about this behavior, for children, however, one must try to understand as to why they are behaving this way during specific times and not otherwise. This is when you should take action to try to fix it.

How to change this problem behavior of escaping situations to facing it?

First things first, you should build a relationship with your child that allows him/her to be able to talk freely with you. If a child is behaving irrationally, especially during social situations, it may mean that he/she is unable to tell you what is bothering them. The alternative to this is an escaping behavior. This is why it is encouraged to form a communication between you and your child at an early age.

Here are some ways to start dealing with a child having escaping behavior:

(i) Start talking more often with your child-

If you build a relationship where you and your child talk to each other regularly, it won’t be difficult for him/her to tell you what is bothering them. Everybody feels uncomfortable at certain times, but if your child can tell you that properly, you may be able to look for an alternative solution to it.

(i) Know your child’s likes and dislikes-

Now, while finding a solution when an escaping behavior occurs may take time, but as a parent, you should at least be aware of your child’s general likes and dislikes. This means if an activity is not liked by your child, you should ask and try to understand their reasons. Initially, you could let them avoid it but gradually start finding a replacement behavior for the future.

Now that you know your child better, think of ways to help them deal with their problems in life. For example, a student refusing to do his/her assignment can instead be shifted to another area or room for some time; this may calm them down and gradually, they’ll finish their work. If a child wants a toy, teach them to ask nicely, and over time this becomes a habit.

Tip- Remember, communication is key to any form of replacement behavior.

SUMMARY
When a child is asking for attention not by telling but behaving erratically, it is a functional behavior where their need to be acknowledged is the main need.

Everybody loves attention or at least some form of it. Whether it’s being in the center stage or giving an opinion, everybody craves for it. In that sense, it’s like sensory stimulation. The happy hormones in your brain are released and its effect is at the least, pleasurable. In this theory, it does sound fine, so why can it be a problem in children?

In child psychology, attention is attention-whether it’s positive or negative. Getting any form of attention feels good to them. This is when you must find a replacement behavior to help reduce this satisfaction level slowly and steadily.

How to change this behavior from wanting attention to earning it?

As mentioned earlier, attention in its form is not a bad thing, but an uncontrollable need can cause a problem in the long run. This is because, in the case of a child, it doesn’t matter if the attention is given is positive or negative but as long as it’s attention to them.

Here are some ways how you can deal with such a behavioral function:

(i) Introduce an alternative behavior-

What you can do is introduce new ways that give attention to a child. For example, a notorious child in class who is always joking can be encouraged to share their jokes with all at the end of class. What this does is it changes behavior from sneaking and troubling the class to be upfront about it.

SUMMARY
When a child does something unusual as a habit, as simple as constantly cracking the knuckles, it is a functional behavior that has automatic reinforcement or satisfaction.

Sometimes, certain behaviors give satisfaction without any external involvement. What does that mean? It is when the behavior is pleasing enough in itself for an individual. For example, twirling of hair or even tapping a leg when nervous are different kinds of automatic reinforcement behavior. Here, the function is actually to find ways to cope with any situation and not just the social environment.

Understanding the purpose of this behavior can be layered as it has a lot to do with a developmental disability. For example, feeling nervous before an exam or going to a doctor- a child deals with this type of anxiety in one way or another.

As a parent, what you must look out for is whether these odd habits are injurious to them or not. For example, someone scratching or picking their skin to a level of tearing it is way more harmful than someone just pursing their lips before an interview.

How to change an obsessive behavior or habit to reduce it?

Everybody knows that it is okay to be nervous before an exam or starting something new. But how do you gradually reduce anxiety from extreme to being negligible? Sometimes, confidence comes with time, like when you’re in a job for many years; at other times, you need to take concrete steps to reduce or maintain behaviors.

Here are some ways to reduce such a behavior:

(i) Identify such behavior-

Out of all the four, this behavior may take time to be noticed as being counterproductive for an individual. As parents, you must keep a watch for such habit-like behaviors forming. For example, a child rocking its head back and forth can be given attention and time to relax by pointing out to them when it happens.

(ii) Help them understand this behavior-

The nature of such automatic behavior sometimes can blend with one’s personality to the extent that they don’t realize its occurrence. These are the times when parents or people around should pay extra attention to catch the habit early on and teach a replacement behavior for their betterment.

Every individual, whether a child or an adult, can have different behaviors as per their personality. It is when these behaviors start becoming a dominant part of your daily life is when one needs to reflect on the reasons behind it. Behavior analysts study these habits to determine their function which ascertains whether it is normal or possibly can create hindrance in your life.

As individuals, one should be careful of forming counterproductive habits and for parents of children, with disabilities or not, you must be attentive to not let them fall prey to such behaviors. It is always better to maintain behaviors than to rectify later on in life. As unique as every individual is, still, the behavior is one thing that may have some concrete reasons and one that can be bettered to better yourself.

Arpita writes to earn, as a Copywriter in Advertising; writes to express, in different forms of poetry; writes to voice opinions, with articles on different subjects; and writes to breathe and live in general. Words, as she puts it are the best version of her; and cakes, chocolates, coffee, chai, and cafes are her ideas of respite. As she always says, she is just somebody who’s trying to make herself a writer and for now, she’s just writing...